AFCI vs GFCI: Everything You Need to Know 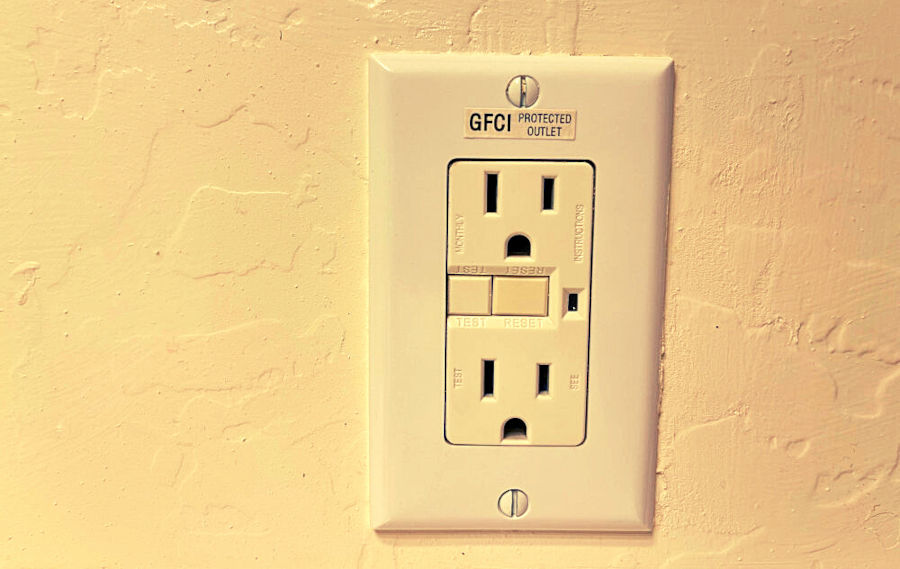 Have you heard of an AFCI or a GFCI? If not, or if you’ve heard of them but aren’t entirely sure what they do, you should read this article. Either GFCI or AFCI protection could save your home—or even your life or that of a loved one.

To find out what GFCIs and AFCIs do and how they do these things, we’ll need to begin by looking at some pertinent electrical concepts. Then we’ll focus on AFCIs, why they’re necessary, and homeowners’ requirements about them.

First, we’ll discuss electrical faults since they are the reason for needing GFCIs and AFCIs.

The National Electrical Code® (NEC) mandates electrical circuit-interrupters like AFCIs and GFCI’s. They have the vital role of preventing fires and electric shocks.

When properly installed, AFCIs and GFCIs reduce the number of accidents resulting in physical loss, injury from electrical shock, or even death. The following are examples of the damage an electrical fault can cause:

Overcurrent flow is a current or amperage excess in an electrical circuit that happens when an electrical current exceeds the circuit’s rated amperage capacity. It can also affect any equipment connected on that circuit.

When the fault occurs, it creates a clear path for the current flow. The result is a very high current being drawn from the supply, causing tripped switches and damaged wire insulation. It also can damage any attached fixtures or equipment.

Danger to those operating electrical equipment: When a fault happens, it can also shock people. The severity of the shock depends on the current and voltage at the fault’s location. A shock can range from mild to lethal in its impact.

Equipment loss or major damage: The heavy current of a short circuit fault often results in the components’ complete incineration. That, in turn, can cause the equipment or device to fail.

Disturbing active interconnected circuits: Electrical faults affect the locations where they occur. They also affect any active circuits that interconnect with the fault area.

Electrical fires: A short circuit causes flashovers and sparks from the ionized air between two conducting paths. These phenomena can easily lead to highly destructive fires.

What Is a GFCI?

A ground fault is a  short circuit in which the path of a straying electrical current flows directly to the earth (ground). Or it touches a grounded part of the system (such as a grounding wire or the electric box).

In fact, the most expeditious path to the ground—whether that be spilled water or a living being standing in it—can provide that pathway.

It’s critical to have only GFCI-equipped electrical outlets in bathrooms, kitchens, or laundry rooms. A GFCI is a fast-acting circuit breaker designed to cut off electric power within a split second, should a ground fault occur.

What Is an AFCI?

Electrical arcing is when an electrical current jumps a  circuit gap or skips between two electrodes (electricity conductors).

Arcing can produce an arc-shaped charge or flash, whereby the electrical current flows along an unintended path. Arcs ignite when there are particulates in the environment. Particulates can include anything from dust to gases.

Arc faults result from problems with live wires and terminal connections. For example, a loose screw or a wire break might cause intermittent and erratic contact. Loose wire connections in outlets or connected devices can also cause arcing.

AFCIs, AFCI receptacles, and AFCI circuit breakers are designed to protect people and property from the dangers of an arc fault.

If your home has them and they’re up-to-date, AFCIs will trip a circuit if a spark forms along faulty wiring. That’s how they help protect wires or devices from catching on fire or melting down.

Background to the Current AFCI Requirements

In September 1995, the U.S. Consumer Product Safety Commission (CPSC) released a report by Underwriters Lab (UL) titled “Technology for Detecting and Monitoring Conditions That Could Cause Electrical Wiring System Fires.”

Based on the report’s findings, the CPSC indicated its expectation that arc-fault detection could reduce fire risk. Thus, it would surpass the scope of conventional fuses and circuit breakers to protect the branch circuits.

In 1998, UL and the National Electrical Manufacturers Association (NEMA) collaborated with manufacturers. The goal was to create a safety standard to cover all AFCI products. Their work resulted in UL Standard 1699.

The National Fire Prevention Association (NFPA) produces the National Electrical Code (NEC). Its goal is to protect people and property from electrical dangers.

And since AFCIs shut down an electrical system before a fire can start, the NEC began requiring their protection beginning in 1999. It has required AFCI protection for all bedroom wiring since 2002.

In 2005, the NEC was expanded to include AFCIs combined with GFCIs, to reflect new and improved technologies. AFCI equipment also improved by adding series arcing detection to a previously available parallel arcing provision.

Then, in 2008, the NEC expanded the required use of AFCIs to include all habitable rooms in new homes. This expectation meant that only combination AFCIs (see below) would meet all of the code’s expectations.

The code has continued to require GFCIs to protect areas with high shock risk. These include bathrooms, kitchens, laundry rooms, unfinished basements, etc.

This AFCI circuit breaker is installed in the electrical panel. It protects all devices on the corresponding electrical branch circuit.

This device is installed directly in the branch circuit’s outlet box. Like a GFCI, it can also protect wiring, which is connected electrically downstream.

A combination AFCI device blends the functions of branch feeder and outlet circuit AFCIs. It will safeguard any power cords plugged into outlets protected by the AFCI.

This device is the first electrical outlet installed in a string on a single circuit. As with a combination AFCI, it protects all the downstream receptacles.

You can plug portable AFCI devices into conventional electrical outlets. They also provide one or more outlets for additional devices. Contractors who use these can enjoy a greater degree of electrical safety when using power tools.

A cord AFCI is like a portable AFCI, but it can be incorporated into a device or appliance’s permanent power cord. Therefore, when plugged into an electrical outlet, the connected apparatus is protected from arc faults.

The NEC expanded again in its 2020 edition, with Section 210.12. The code now requires AFCI protection for wiring in living, dining, and family rooms. It continues to be necessary for kitchens, laundry, hallways, bedrooms, closets, and other spaces.

All 120-volt, single-phase 15 and 20-amp branch circuits supplying electrical outlets or devices installed in a given room of a dwelling unit must have AFCI protection. This could be either from an AFCI receptacle or an AFCI circuit breaker.

AFCI technologies and the requirements guiding their use in people’s homes have developed over the past few decades. And because of this, today’s homes and their occupants enjoy a far safer electrical environment than ever before.

Here’s the problem, you’re making one of the most significant investments a person can make in their lifetime, and you need to know that it’s a good one. 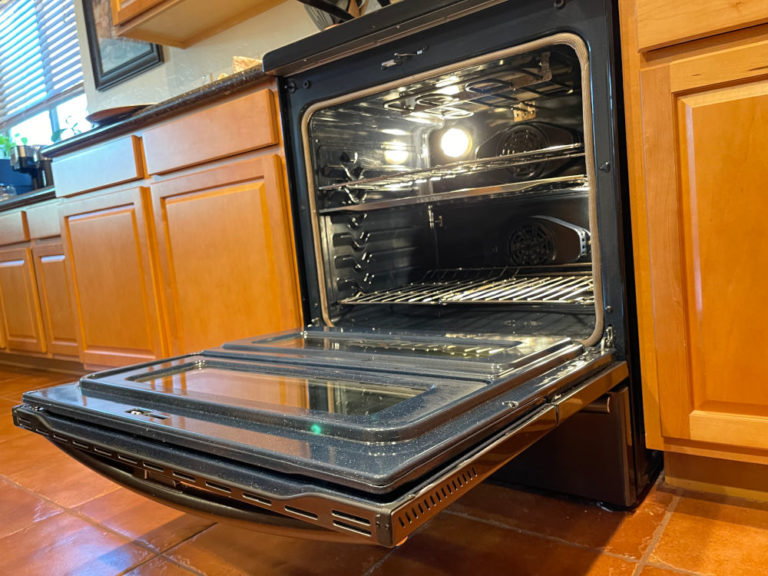 What is an Anti-Tip Bracket and Why is it Important?

An Anti-Tip Bracket is one of the many items a home inspector looks for during a home inspection.  In the state of Arizona, it is 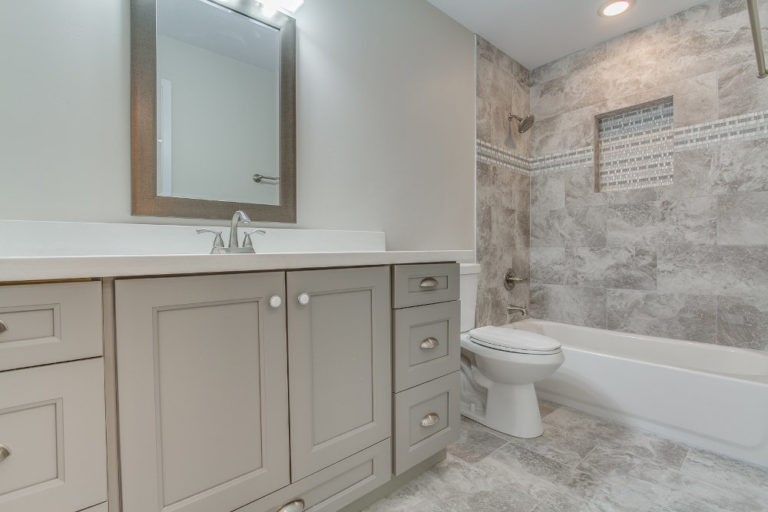 Not usually noticed until it is too late, there are minimum clearances for a Toilet.

Kei Home Inspections Weekly ‘DYK’ Knowledge for Homeowners, Buyers, Sellers and Realtors As mentioned above, here are the minimum clearances for a toilet: A toilet 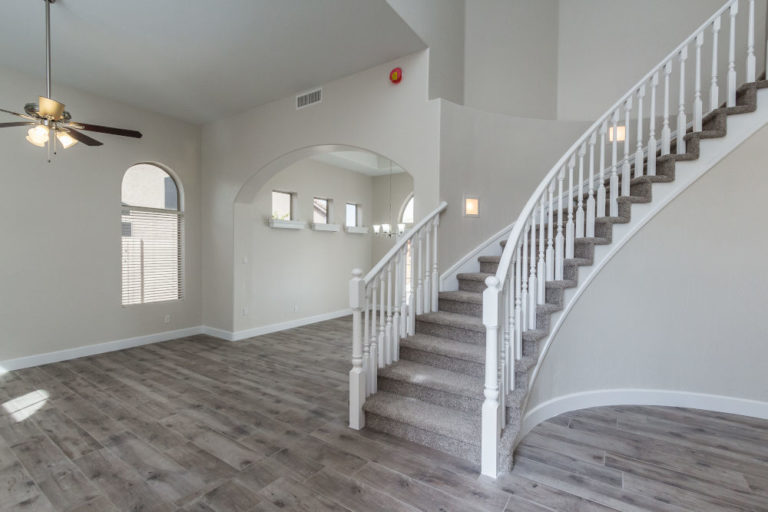 Buying a new home is an amazing experience. You’ve found your dream home, and it’s brand-new. You don’t have to worry about repainting, about erasing

Kei Home Inspections provides a wide range of top-quality home inspection services to Phoenix, AZ, residents, and the surrounding areas. With schedule flexibility, competitive pricing, and convenient online scheduling, we make it easy for you. 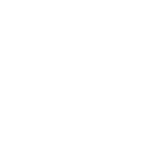